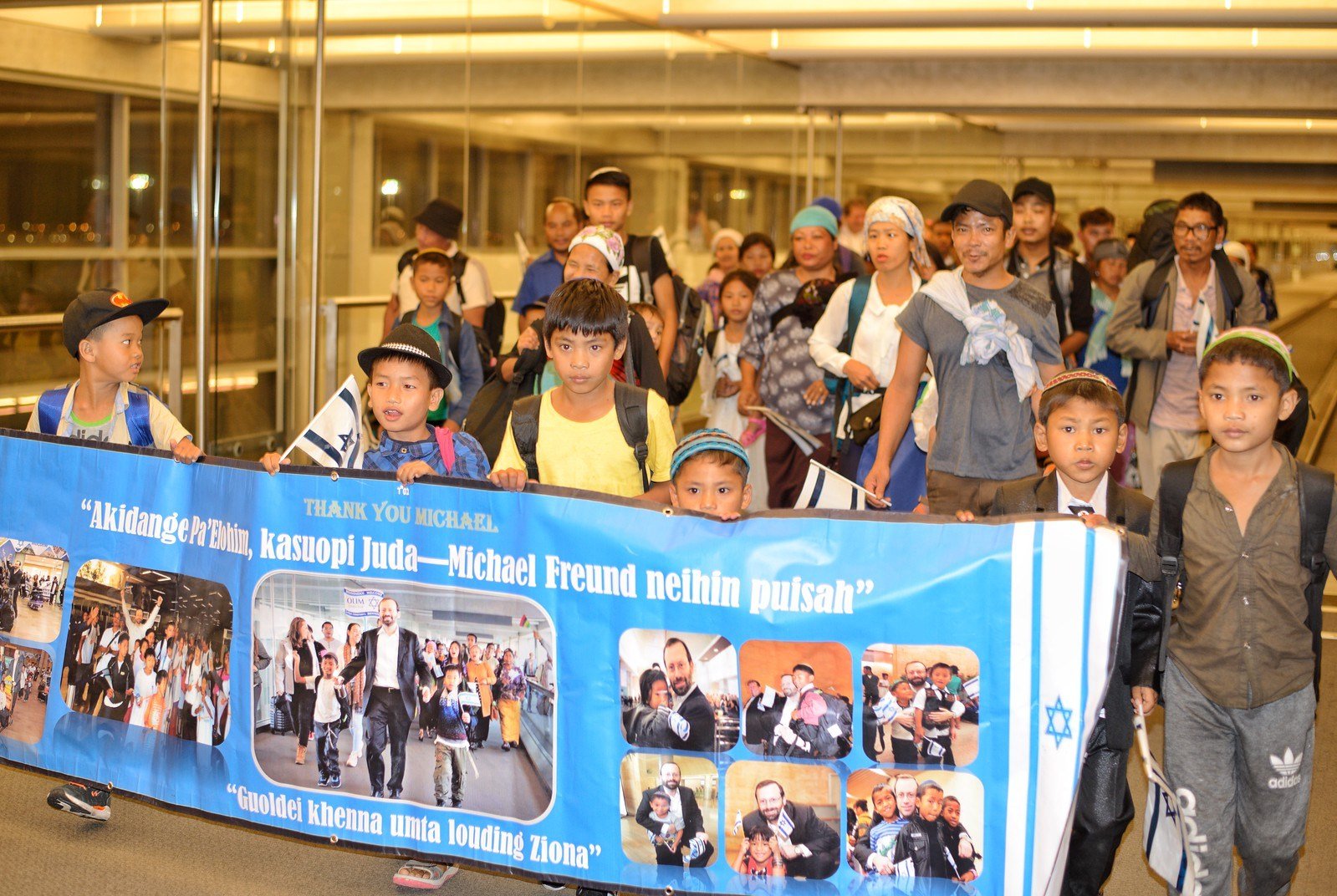 This week, 225 members of the Bnei Menashe Jewish community, which claim descent from one of Israel’s lost tribes, are making Aliyah thanks to Shavei Israel, a Jerusalem-based nonprofit that aims to strengthen ties between the Jewish people and descendants of Jews around the world.

The 225 new immigrants all hail from the northeastern Indian state of Manipur, which borders Burma and is home to the largest concentration of Bnei Menashe. Among those making Aliyah this week is Seingul Lotjem, a father of one, who has not seen his parents in the 18 years since they moved to Israel in 2000. “It has always been my dream to return to Zion,” Lotjem said, adding, “but it is especially emotional for me because my beloved father and mother made Aliyah in 2000 and I am overwhelmed to think that I will be able to meet them again and be reunited with them in the Land of Israel.”

Also among the immigrants who arrived today was Abel Hangshing, 80, who was reunited with his brother, whom he hadn’t seen in 10 years, and met his great-grandchildren, who were born in Israel, for the first time. 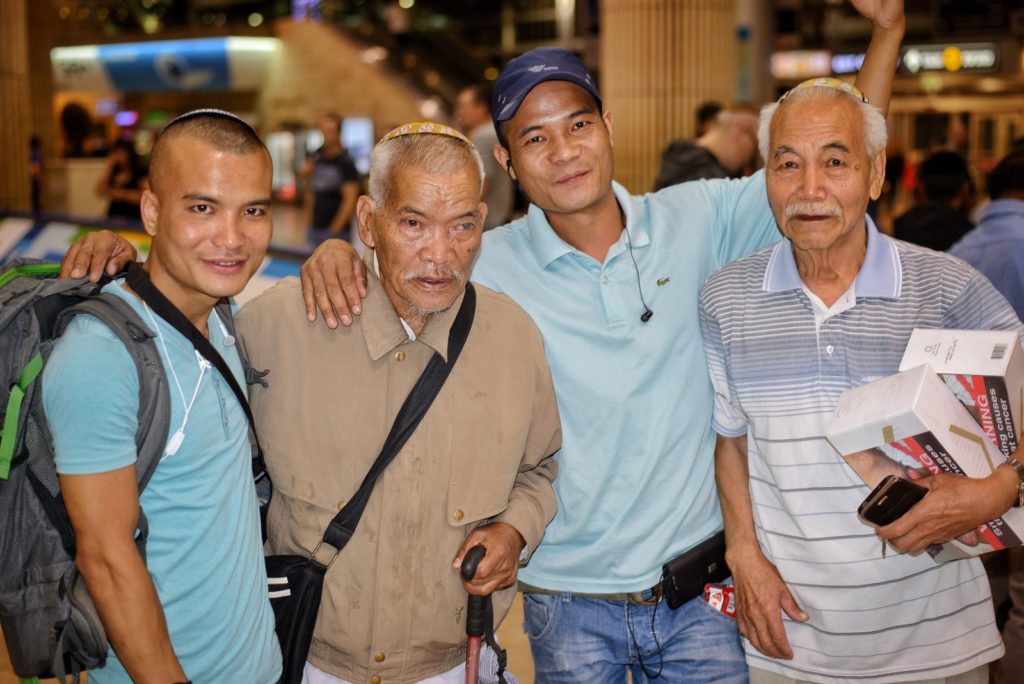 Abel Hangshing (second from left) reuniting with his two grandsons after six years and his brother, after ten years. (Credit: Laura Ben-David)

“We are thrilled to be welcoming home 225 members of the lost tribe of Bnei Menashe to Israel,” said Shavei Israel Founder and Chairman Michael Freund. “It has been an incredibly busy year – and we are only getting started. With 429 Bnei Menashe having made Aliyah since January, we are determined to continue until all the remaining Bnei Menashe still in India are able to return to Zion as well.” 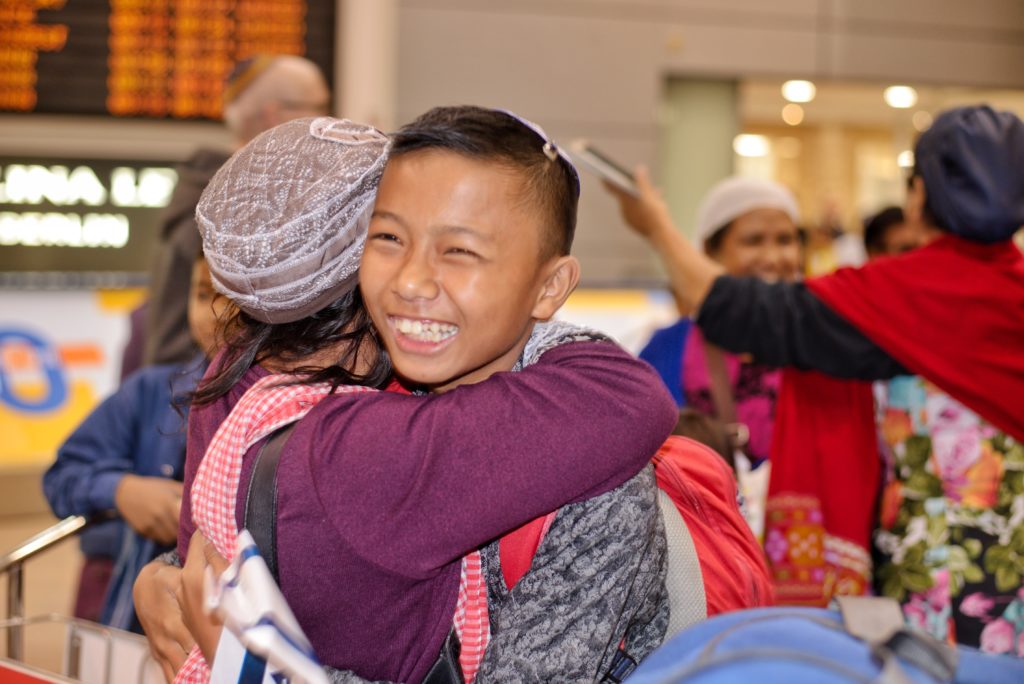 The new immigrants are arriving in Israel on five flights throughout the week: one group of 17 people arrived on Monday, June 11; two groups – one of 56 and the other of 51 – arrived on Tuesday, June 12; another group of 49 arrived on Wednesday, June 13; and one last group of 52 is expected to arrive on Thursday, June 14. From the airport, the new immigrants will continue to Shavei Israel’s absorption center in Kfar Hasidim, outside of Haifa. They plan to settle in the Galilee, in Israel’s north, where many Bnei Menashe immigrants have made their homes in recent years. 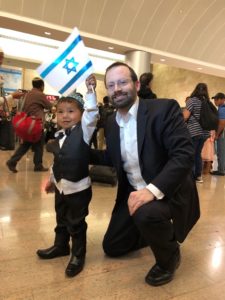 The Bnei Menashe are descendants of the tribe of Manasseh, one of the Ten Lost Tribes exiled from the Land of Israel more than 2,700 years ago by the Assyrian empire. So far, some 3,500 Bnei Menashe have made Aliyah thanks to Shavei Israel, including more than 1,100 in the past four years, and 429 since the beginning of 2018. Some 7,000 Bnei Menashe remain in India waiting for the chance to return home to Zion.