A young Polish Jew in Jerusalem: the homecoming of Batya Wieczorek 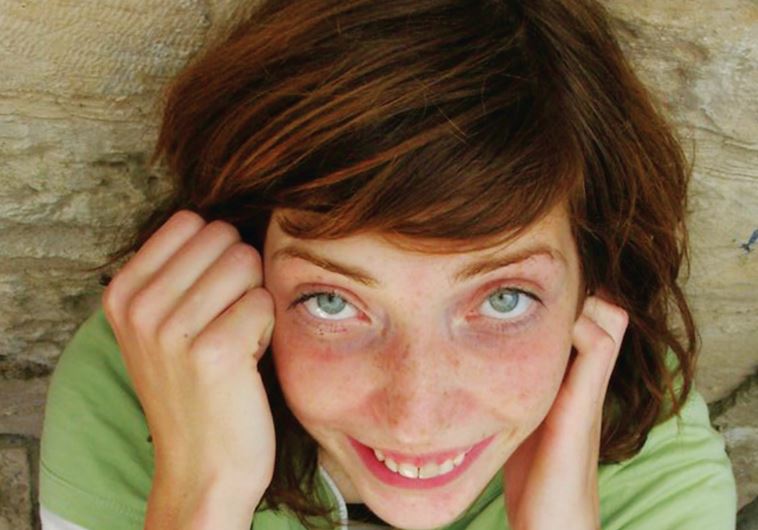 A young Polish Jew in Jerusalem: the homecoming of Batya Wieczorek

It has been nearly two years since Batya Wieczorek made aliyah, but regardless of whom she meets, her interlocutor’s initial reaction upon learning that she is from Poland inevitably follows a similar pattern.

It starts off with a healthy dose of surprise, peppered by disbelief, before culminating in no small amount of wonder and appreciation.

“It’s tough!” Wieczorek says with a mischievous smile. English-speakers tell her they think she is Israeli, and Israelis believe she is an American, so when the truth emerges about her country of origin, “it just gets more complicated.

“When I say I am from Poland, the majority don’t believe it, because they think it is not possible to be Jewish and Polish!” Having been forced to conduct the same conversation innumerable times, Wieczorek decided that the easiest path was simply to preempt the unavoidable barrage of questions.

“‘Yes,’ I assure them, ‘I’m a Polish Jew, and no, I didn’t get converted. Yes, my grandparents survived the Shoah, and yes, they decided to stay in Poland. It is weird, isn’t it?’” she tells people, before basking in their response. “They usually smile back to me and say ‘Wow, thanks for answering all of my questions in just one sentence!’” she says.

The incredulity that Wieczorek often encounters is hardly without justification.

After all, in the minds of most Jews, Poland is one large cemetery, a place that will always be associated with the calamitous devastation of the Holocaust.

Indeed, prior to World War II, the country was home to the largest Jewish community in Europe, with more than three million souls. They enjoyed a rich social, cultural and religious life, one that had a profound influence not only on Polish society, but on world Jewry as well.

Guided by spiritual leaders such as the Hafetz Haim (Rabbi Israel Meir Hakohen Kagan of Radun), whose ethical and halachic works continue to be studied widely, and Rabbi Meir Shapiro of Lublin, who launched the popular Daf Yomi daily Talmud program, the Jews of Poland left their mark on Jewish thought and practice for generations to come.

But the millennial-old Jewish presence in Poland was dealt a grievous and shattering blow by the Germans and their henchmen, who murdered more than 90 percent of the country’s Jews in the Holocaust.

After the war ended, many of Poland’s remaining Jews emigrated, while among those who remained, a sizable number decided to hide their identity because of the suffering they had endured under Nazism, which was followed by waves of anti-Semitic oppression under Communism.

Among them was Wieczorek’s grandmother, who along with her family had been herded into the Warsaw Ghetto after the outbreak of World War II.

“My grandmother managed to escape by paying off the security guard at the courthouse building,” Wieczorek explains.

“She was taken to live with a Polish family in the town of Poznan. They had lost their own child who was about the same age. Both children had blue eyes. Most of the neighbors thought it was the same kid. No one asked questions,” she says somberly.

After the war, her grandmother’s adoptive family tried to find her real parents, but they had perished along with everyone else in her biological family.

So Wieczorek’s grandmother initially decided to do what many others like her did: to pass herself off as a gentile. Her first husband was not Jewish, but her second one was.

“My grandfather was not ashamed of his Jewish identity,” Wieczorek says, noting that “he wanted to raise his kids with a knowledge that they were Jewish.”

Then came 1968. Following the Soviet Union’s severing of diplomatic relations with Israel after the Six Day War, the Communist government in Poland waged an all-out campaign of discrimination against the Jews who remained in Poland.

“People lost their jobs; they had to leave university and school,” Wieczorek explains.

“Most of the people who had any kind of a Jewish identity emigrated – to Israel, Europe and the US. The rest decided to hide. Or put another way, the people who stayed had a much stronger Polish identity than a Jewish one, and they really didn’t want to leave Poland. Some would even raise their kids as ‘extreme Catholics’ so no one would suspect,” she says.

But two decades later, when the Berlin Wall fell and Communism was at last relegated to the dustheap of history, profound changes began to take place in Polish society, which underwent a transformation into a more open and more tolerant liberal-style Western democracy.

And against all odds, a nascent revival has been under way, as increasing numbers of young Poles are rediscovering their Jewish roots and looking for ways to reconnect with the Jewish people.

Shavei Israel, the organization I founded and chair, has been working in Poland for more than a decade in conjunction with Polish Chief Rabbi Michael Schudrich, an unsung Jewish hero who has done wonders to revitalize Jewish life. Our rabbinical emissaries in Warsaw, Krakow and Lodz are all engaged in outreach work, trying to help those Poles who wish to embrace their Jewishness.

It was through Wieczorek’s participation in Shavei Israel’s programs that I came to know, and admire, this young and determined woman.

When she was five, Wieczorek’s grandparents told her for the first time that she is a Jew. Subsequently, her parents decided to send her to a Jewish summer camp in Warsaw, where she made many Jewish friends. “It was like a kibbutz!” she marvels.

She continued participating in Jewish camps, including an international one in Hungary, and as a teenager she began dreaming of one day moving to Israel.

“I always wanted to make aliyah,” Wieczorek tells me. “I always felt connected to this land, to this culture. I imagined it as the country where I wanted to settle down, to create my own family and raise kids”, she says. “It’s much easier to be Jewish here than everywhere else in the world, especially in Poland.”

After completing her master’s degree in media education at the University of Warsaw on the subject of Jewish identity among young Polish Jews, her dream finally became a reality when she moved to Jerusalem early in 2014.

Now aged 29, and religiously observant, Wieczorek works at Yad Vashem in the department that focuses on identifying and conferring recognition on Righteous Gentiles who helped to save Jews during the Holocaust.

Wieczorek’s family has been supportive of her move, but was initially gripped with worry.

“I had a cousin here who died in a terrorist attack in 2003,” she says. “So my family was terrified that I would get killed as soon as I landed at Ben-Gurion Airport. And if somehow I would miraculously survive, they feared that I would be taken straightaway from the airport to the army, even though they know I’m already too old for that. And if I survived that, they thought, then I’ll wind up having 20 kids and they’ll never see me again,” she jokes.

Like all new immigrants, her absorption was not without its challenges.

“There are still things that I cannot get used to,” Wieczorek says, “such as the banking system, which seems very undeveloped.”

Upon making aliyah, Wieczorek went to the Interior Ministry to get her Israeli ID card. When the clerk looked at her documents, she insisted that Wieczorek change her family name.

“She tried to convince me, saying that nobody in this country would be able to pronounce it. So I told her that even though the idea seems reasonable, my father has only two daughters, so why won’t we make him happy just for a little longer,” she recalls saying, noting, “Somehow that convinced her.”

But local manners often leave her speechless. “There are times that you want to cry when a clerk is yelling at you, especially when you are used to being treated nicely,” she asserts.

Thankfully, Wieczorek is blessed with a nimble ability to adjust, and that is precisely what she has done. “Slowly, slowly, you get used to it,” she says, adding that, “you learn how to be more assertive, how to fight for your rights.”

She has found Israelis to be warm and welcoming in a way that she never expected.

“It seems that a lot of Israelis’ families originated in Poland. Once they find out you’re also from there, they tell you the stories of how their grandparents survived the war. After their initial shock upon meeting a young Polish Jew, they become very friendly and invite you to their house to meet their grandparents. They feel somehow connected. And that’s a very nice feeling,” she says.

“My sister is also planning to come,” Wieczorek relates. “And some of my friends are doing it right now. I can see that a growing number of Polish Jews are recently deciding to settle down in Israel. Even though I feel bad that the communities in Poland decrease in size, I still feel very happy that more and more of my friends will be here, together with me,” she acknowledges.

Despite the current wave of terrorism, Wieczorek is bursting with optimism and plans for the future. And why not? Barely 70 years after her grandmother lost her entire family in the Holocaust and chose to hide her Jewish identity, Wieczorek is now a proud Jew living in the Jewish state. If that’s not a miracle, what is?

“I hope to improve my Hebrew such that I will feel as if it’s my first language. I’m sure I will get there one day,” she says. “I hope to create my own family here in Israel, to settle down for good. I hope there will finally be peace, and we will no longer feel afraid. And I wish that all my friends and family back in Poland will make aliyah one day, so that we can all live together and create a small Polish Jewish community here in Israel.”

May it happen soon.

This article was originally published in The Jerusalem Post.