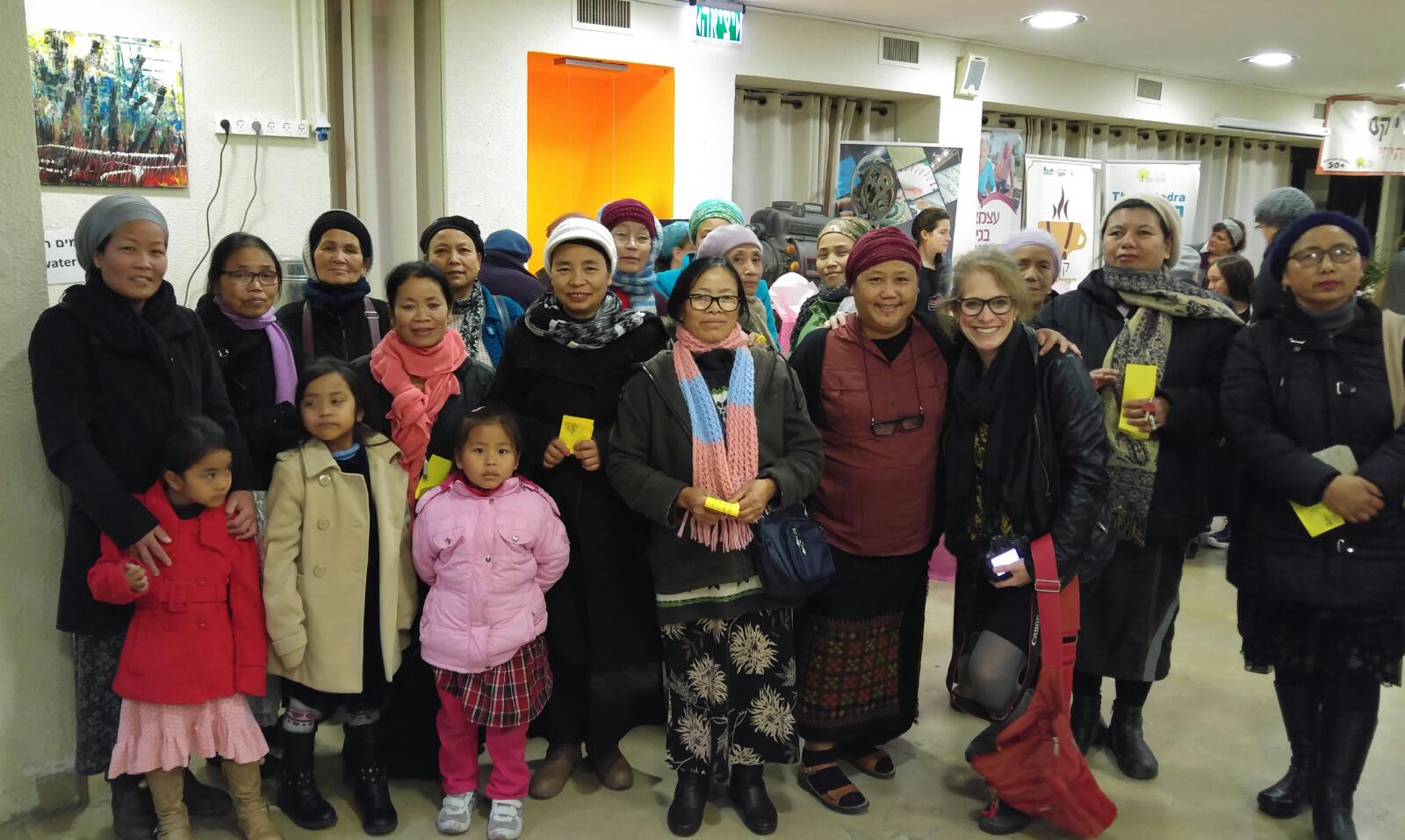 Two dozen girls and women from the Bnei Menashe community met their Biblical counterparts on stage this week as the Raise Your Spirits Theatre invited recent and veteran Bnei Menashe immigrants in Israel to a special performance of the musical “Sisters! The Daughters of Tzelofchad.”

The Torah tells the story of Tzelofchad, a man from the tribe of Menasseh, who has five daughters but no sons. When Tzelofchad dies, his daughters raise an important legal question: inheritance had at that point only gone to sons. Would Tzelofchad’s daughters be left with nothing as a result? They take the case to Moses and his court. Moses turns to G-d who rules that the daughters will indeed receive their portion among their kinsmen.

The story of Tzelofchad and his daughters is now the subject of a new musical written by Israeli theater director Toby Klein Greenwald, with music by Mitch Clyman. Greenwald co-founded the non-profit Raise Your Spirits Theatre troupe in 2001 in the midst of the prolonged Palestinian suicide bombing campaign against Israel. “We perform in memory of victims of terror and Israeli soldiers who fell in the line of duty, and in honor or their families, who we host as our guests,” Greenwald says.

The Raise Your Spirits troupe is composed of and performs only for women, “helping religious women and girls find fulfillment for their performing talents in accordance with Jewish religious law.” Previous productions have focused on other Biblical heroines, including Esther, Devorah, Ruth and Naomi.

Greenwald made the connection between the subject matter of her latest production and the Bnei Menashe, who have become familiar faces in the Gush Etzion region south of Jerusalem where Raise Your Spirits is based (a large Bnei Menashe community lives nearby). Greenwald contacted Shavei Israel’s director of marketing and new media Laura Ben-David and told her that if Shavei Israel could organize a bus to get them to the theater space, Raise Your Spirits would host the Bnei Menashe women for free.

For the nearly two dozen Bnei Menashe women and girls who braved the winter weather to attend the show, watching the story of their courageous ancestors unfold on stage was a treat. The rest of the audience was truly inspired: the presence of the Bnei Menashe women there demonstrated, in the most tangible way, the connection between a tribe of Israelites – who were presumed lost forever when they were exiled from the Land of Israel by the Assyrians 2,700 years ago – and the modern state of Israel.

At the end of the performance, one of the Bnei Menashe women approached Greenwald. “On behalf of all my sisters, those here in Israel and those still waiting in India to make aliyah, I thank you for producing such a moving show. It means so much to us,” she told Greenwald.

The Raise Your Spirits Theatre troupe will be performing “Sisters! The Daughters of Tzelofchad” throughout February in Gush Etzion and at The Jerusalem Theater. More information on how to order tickets on their website.

An update for fans of Dina Samte: the 22-year-old blind Bnei Menashe singer and keyboard player who we wrote about last week (following her triumphant performance with Moshe Peretz) will be appearing on stage in Eilat on February 10, this time with another Israeli music pop idol, Eyal Golan.