Family converts to Judaism despite challenges 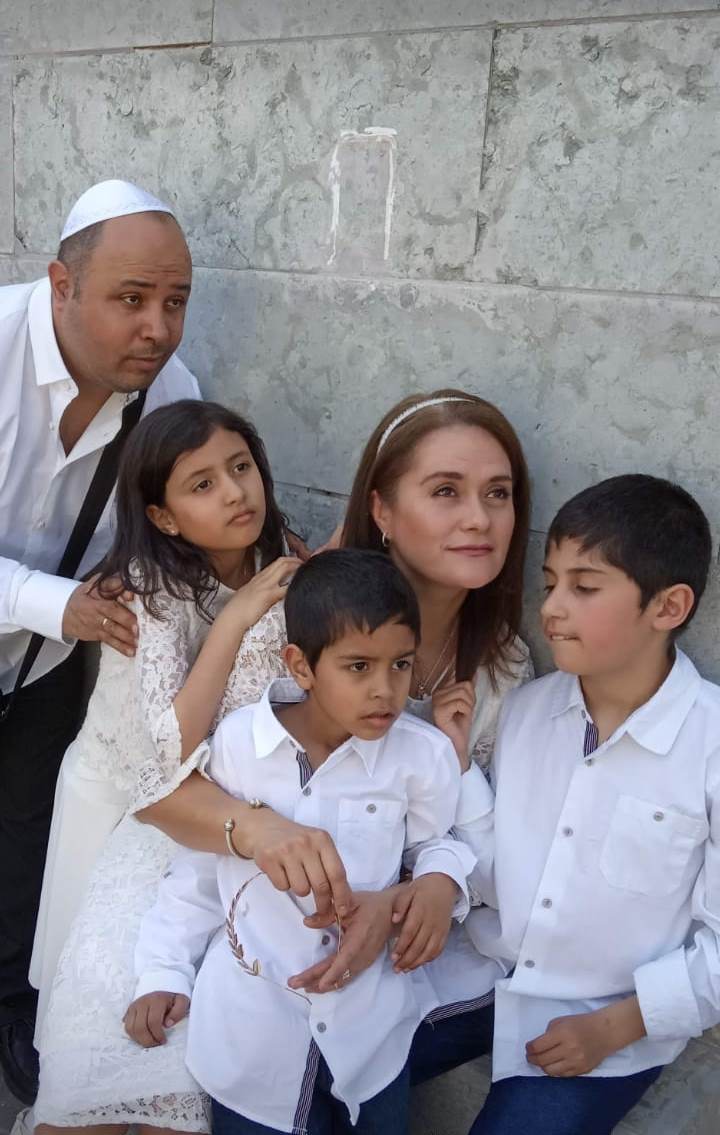 Family converts to Judaism despite challenges

Among the many emotional and exciting stories of people coming to Israel for Aliyah despite personal and financial hardships, the case of the Mizrachi family is exceptional.

The couple met in Colombia where Avi, an Israeli Jew, was visiting in 1999. He and Liliana, who is Colombian and was not Jewish, they got married, after seven years of a long-distance relationship, and three months later moved to Israel. The process of adapting to life in the new country was not simple, and the situation became more complicated with the birth of their children.

Avi, 45, a specialist in business administration and economics, and Liliana, 45, a marketing and advertising expert, works in a nursery. They had their first child in 2008. At the age of three, their firstborn son was diagnosed as being on the autism spectrum; a few years later the youngest son received the same diagnosis. Both boys attend schools aimed at children with special needs with a special program that promotes their social integration and improvement of communication skills. The eldest son, who experienced a regression in development at the age of seven and lost his skills acquired by that time, has finally been placed in the right treatment regimen after long unsuccessful attempts, and they are working on restoring speech function. Unfortunately, caring for boys limits the amount of attention the parents can devote to their eight-year-old daughter who receives a lot of support at school.

Liliana and Avi are practicing Judaism at home and do their best to raise their children in accordance with the Jewish tradition. Eight years ago Liliana started her conversion process in the framework of Machon Miriam, Shavei Israel’s conversion institute, but had to take a break in her studies in order to take care of her kids. In 2018 Liliana and Avi resumed their case, and the conversion judge who examined their case was really impressed by their devotion and determination, particularly with the difficult situation they were in, with kids who cannot be provided with a proper religious education usually required by the rabbinical court. In the end, the family received his full approval and successfully completed the conversion.

Liliana and Avi are truly grateful to all those involved in their Aliyah and conversion process and who providing them with all the necessary support, and especially to G-d who guided their lives and introduced them to the right people at the right time.

“We would like to thank the rabbis of Shavei Israel, as well as the rabbis of the Chief Rabbinate for being sympathetic and taking into account the special conditions and complexity of our case. After completing our conversion, we are convinced that we should not be afraid of the challenges we face with in our lives because they come to strengthen us in our faith and eventually reveal the miracles of G-d.”