From India to Nof hagalil: Celebrating with Bnei Menashe 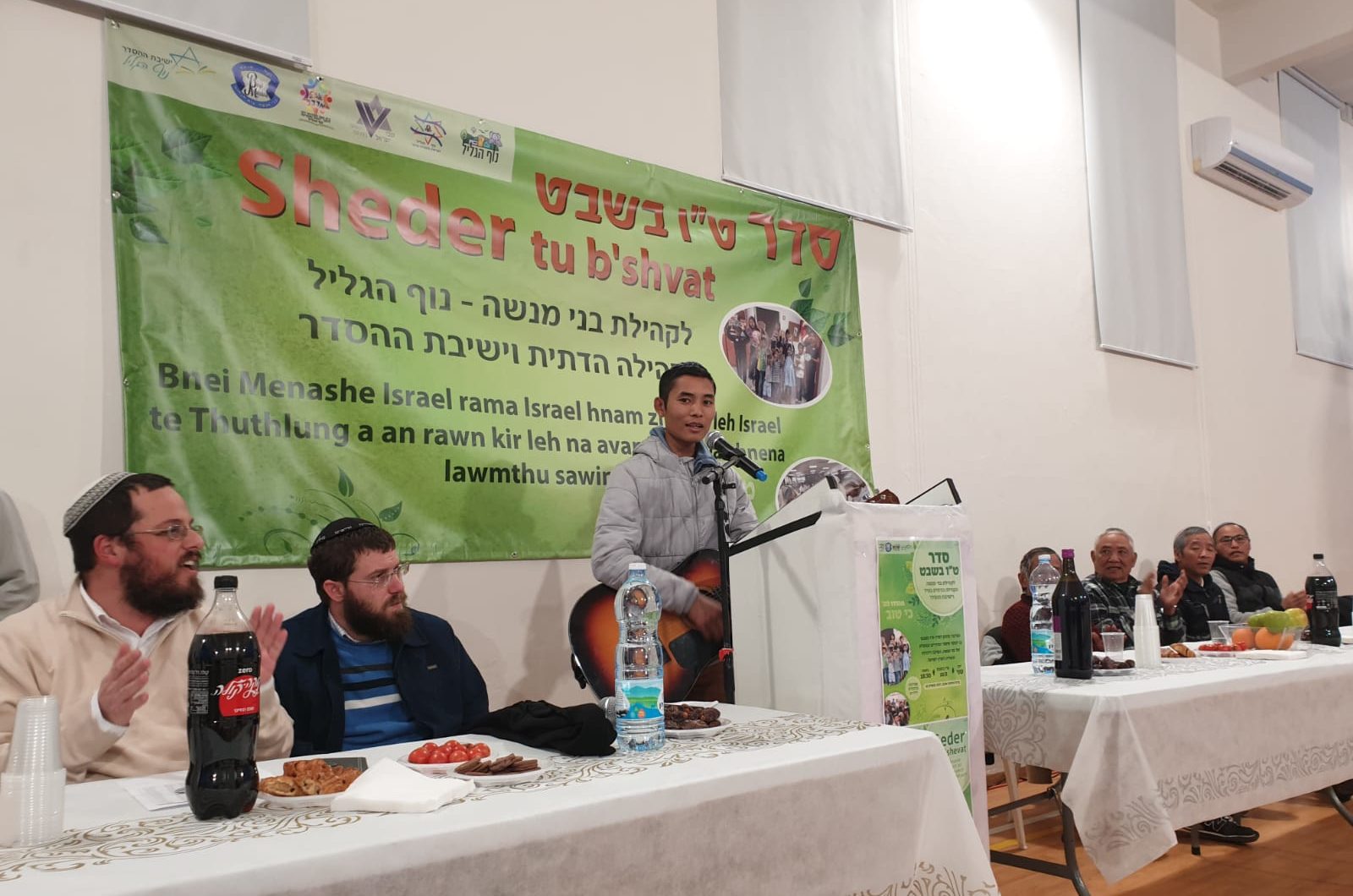 From India to Nof hagalil: Celebrating with Bnei Menashe

Posted at h in Bnei Menashe, In the News by
0 Likes
Share

Members of the Bnei Menashe community in the Galilee region participated in a Tu B’Shvat activity together with students of the Hesder Yeshiva and members of the Torah-Zionist ‘garin’.

This event, which takes place on the week of Tu B’Shvat, has become a tradition and seeks to symbolize the impressive planting of the Bnei Menashe community in Israel.

Rabbi Danny Segalis, the head of the yeshiva linked the story of ‘Yitro’ (Jethro) that the ‘parsha’ dealign with the story of the Israelites receiving the Torah is named after him, a convert, who left everything to join the them. The Bnei Menashe community, similarly, left everything in India, including property and status, and immigrated to Israel.

There were various speakers, and also various musical programs and songs sung by the Bnei Menashe and the Israeli yeshiva students together.

Rabbi Yeshayahu Herzl, the rabbi of the city, welcomed the unique integration of the Bnei Menashe community with the hesder yeshiva and the ‘garin torani’. In his remarks, he addressed the members of the community and referred to their deepening the roots in the land and the dedication to the observance of Torah and commandments.

Toward the end of the event, a booklet on Torah novellae was launched on Jewish holidays, attended by students of the Bnei Menashe class at the hesder yeshiva

Since this group of Bnei Menashe immigrated to Israel about four years ago [brought by Shavei Israel] and their settlement in the Galilee, there is a special program for integrating members of the Bnei Menashei community in the yeshiva, in full cooperation with Rabbi Uriel Shlomi and Rabbi Yishai Rotem.

In the past year, Yitzhak Kochav was appointed as the designated coordinator for the integration of the Bnei Menashe. Kochav said: “It is exciting to see Bnei Menashe yeshiva students hand out their own handbooks of Torah essays and think that only a few years ago they did not know a word in Hebrew and their Torah knowledge was poor. In addition, the amazing stories of the elders of the Jewish community in India And the efforts until they reach us here in the Holy Land is very exciting. “

Translation of an article by Orli Harari from Arutz7