From the book “Jewish symbolism in the Cattolica di Stilo” 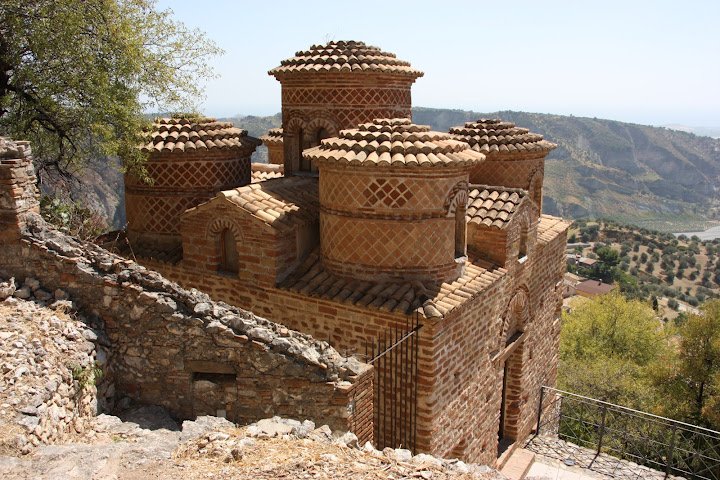 From the book “Jewish symbolism in the Cattolica di Stilo”

Posted at h in Bnei Anousim by
0 Likes
Share

The national monument Cattolica di Stilo (a byzantine church in southern Italy) does not cease to surprise for its ability to be also representative of a historical, cultural and artistic intertwining that belongs to our entire beloved Calabria. In fact, an important testimony of what was imposed on the Jews of the Middle Ages is present in a fresco of the Cattolica di Stilo in the province of Reggio Calabria. This is the “Rotella”, a distinctive Jewish symbol imposed in Europe since 1215. The research was published on 18 September 2020 by Brenner Editore with the volume entitled: “Jewish symbolism in the Cattolica di Stilo”.

This publication is the result of a synthesis of the study of Jewish traditions, with evidence of the symbologies, of Dr. Pugliese and of the specific skills of Dr. Vincenza Triolo cataloguer, researcher, scholar and expert in History and Conservation of Cultural Heritage. The latter highlighted and initiated an in-depth technical and scientific investigation with the aid of targeted surveys and the use of technologies for the study, conservation, safeguarding and enhancement of Cultural Heritage.

The attention given to the distinctive Jewish symbol gives the starting point to very interesting news, reconstructions, connections, considerations and reflections, on the Jewish presence in Southern Italy in different historical periods, from the diaspora to the expulsion of the Jews in 1541.

The study carried out on a small but important symbolic detail, the Rotella Judaica, helps to highlight a flourishing but also dark period for the inhabitants of the Calabrian territory and in particular for the Jewish population. In the publication “The Jewish symbolism in the Cattolica di Stilo” also issues such as: Marranism, the Limpieza de sangre and the inheritance of goods of demo – ethno – anthropological interest of Jewish culture and legacy are touched upon.

On the legacy of popular traditions is highlighted the “cubic top” with Latin letters “Accipitotu”, found in the collection of the Ethnographic and Folklore Museum of Palmi (RC), which recalls the sevivon or dreidel used in the Jewish tradition for the Chanukah festival. Similar cubic top is the subject of demo – ethno – anthropological study also in Sardinia where present in popular tradition.

With this study we want more and more attention and enhance particular and important moments of Calabrian history for an ever more accurate historical reconstruction of identity, which stimulates, nourishes and increases the collective memory. The intrinsic and extrinsic value of the editorial novelty and the reason for the publication are precisely to highlight, connect souls and territories, create new and better consciences that can finally illuminate our common future path for a Calabria, which will not cease to surprise for its noble past and for the millennial example of union and synthesis of different cultures.

The Jewish presence in Calabria is to be considered constitutive of our memory and our history and it cannot be excluded that it dates back to the first century of the Common Era or even earlier. The expulsion of the Jews caused, for example, a loss of civilization, material and spiritual progress, damaging not only the Jewish population but the entire southern and Calabrian community, the effects of which are still present today.

The suffering of the dark ages of which we speak and that the Calabrian Jews have experienced has unfortunately replicated itself in different forms during the imprisonment and concentration of thousands of Jews, especially foreigners and politically persecuted in Ferramonti di Tarsia, during the tragic and persecutory events linked to Fascism and its racial laws of 1938. Knowledge becomes essential for the construction of a shared dialogue within the enhancement of the Cultural Heritage of identity, with a view to respect and coexistence between cultures.

Today, deepening the historical significance of the “Rotella” of the Cattolica di Stilo highlighted in the iconography of the “Dormitio Virginis”, undoubtedly represents a new stimulus to knowledge, historical research and above all reflection. Therefore, the certainly interesting volume will enrich the Calabrian memory and collective culture, projecting itself into extremely topical themes such as the relationship between identity, memory and culture, for the construction of a new humanism that knows how to appreciate and enhance the wealth of minority cultures.

Translation of the original, published in Italian in Il Dispaccio