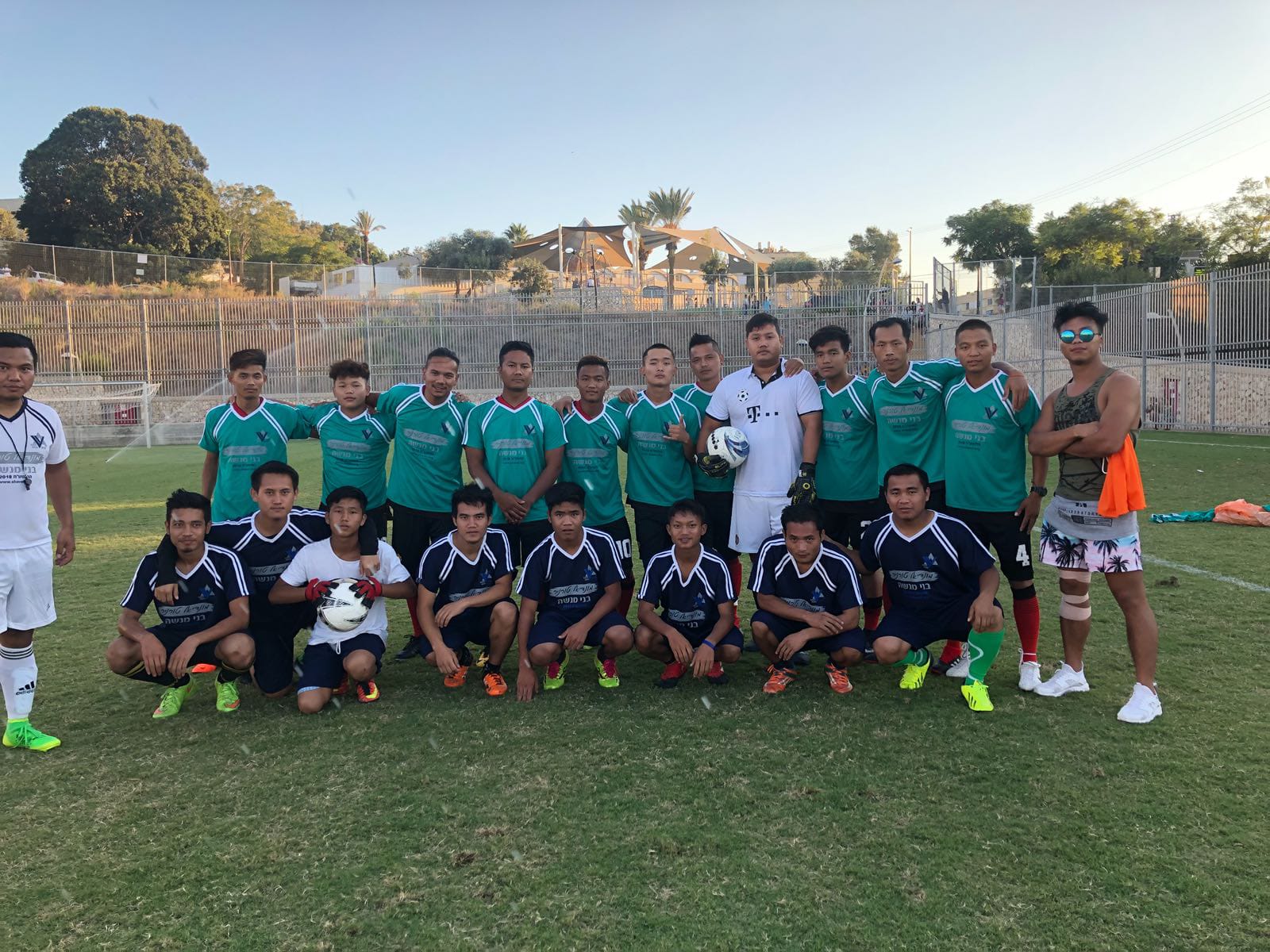 Hanoch Haokip is not your typical eleven-year-old. Hailing from the Bnei Menashe community, the defender/midfielder in the Youth B division of HaPoel Migdal Haemek has already been marked as a promising soccer player.

Haokip plays under the training of Shimon Bouskila in the Youth B division despite the fact that, according to his age, he should only be in Youth G.

Haokip’s family is Orthodox, and he goes to the local ‘HaAri’ School. He immigrated to Israel with his parents and three older brothers in 2007 when he was just two months old. The family settled in Migdal HaEmek, overlooking the beautiful Jezreel Valley in the lower Galilee.

Hanoch Haokip started his soccer career in the framework of the “Equal Rate” project that made his path to HaPoel Migdal Haemek shorter and easier. Dror Cohen, the professional director of the department, was the one who spotted him and was so impressed that he helped him on his way toward acceptance to Hapoel Migdal Haemek.

As Dror Cohen says, “He is a wonderful child with values, self-discipline and respect for others. I expect that he will reach at least the National League if not even more.”

Haokip has even higher expectations than his trainer, and he states: “I want to be the first Bnei Menashe Premier League player, this is my purpose!”

On his way to the Premier League, Haokip faces a challenging dilemma: being an observant Jew, he has the challenge of potentially desecrating Shabbat. “This season it hasn’t happened yet,” he says. “The organizers do everything to help me not to desecrate Shabbat; they move games to weekdays, and even promised that I could rest at the room if the game will take place on Shabbat.”

Dror Cohen added, knowingly, “There is no doubt that he faces a hard choice: on one hand, he keeps Shabbat, and on the other hand, I know how much he loves soccer”.