I have no other country 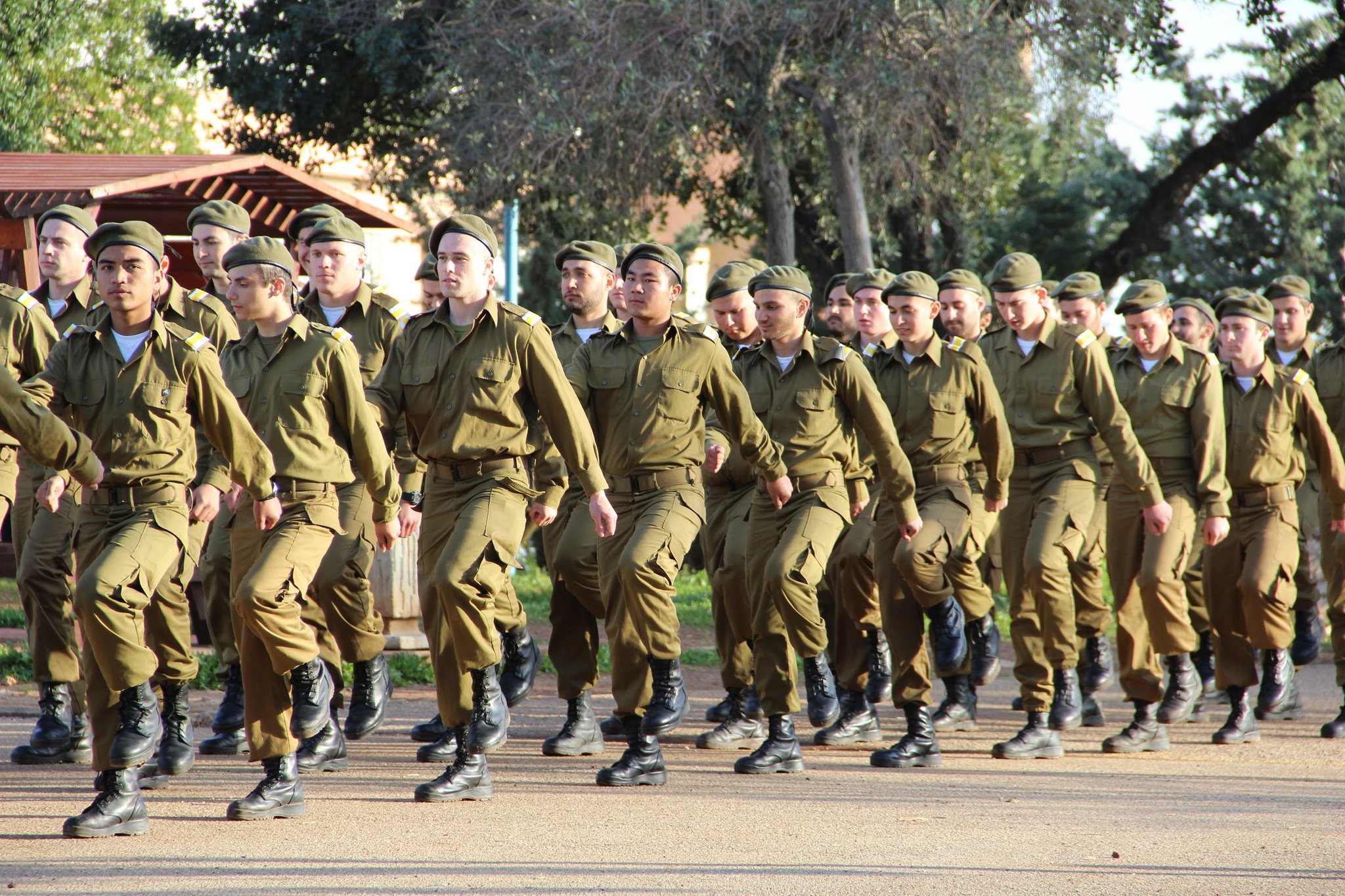 I have no other country

You know those things that stir the deeply intense, raw emotions that Zionism inspires within us? Singing HaTikvah. Watching the movie ‘Exodus.’ Finding an unexpected El Al plane anywhere in the world. Hearing the Yom Hazikaron siren. Seeing IDF soldiers doing, well, just about anything; especially at a formal IDF ceremony… I am particularly susceptible to these emotional triggers; they are no less powerful after more than a dozen years of living in Israel. Perhaps, in fact, they are more powerful.

Attending my first ‘tekes siyum’ or basic training completion ceremony at the Michve Alon IDF military base, I expect to be moved. And I am. Known for its educational programs, Michve Alon is a first stop for many of the thousands of Lone Soldiers who come to Israel from all over the world to serve in the IDF; most of whom make aliyah and stay. At Michve Alon they have basic training along with very intensive Hebrew ulpan to build their Hebrew language skills. And upon completion of the three-month training (and perhaps one or two other times along the way) there is a tekes.

Arriving at the very start of the program, I am stunned at the vastness of the field that hundreds and hundreds of soldiers, standing in formation, are waiting to march onto. I pull out my camera as I spot James, our cousin and our very own ‘lone soldier’, the one whose presence brought us to this army base in the north of Israel. Immediately the music starts, and the soldiers all march in, unit by unit, grinning broadly.

As I take in the proceedings I gaze at the faces of these hundreds of new soldiers, clearly immigrants from all over the world. I look proudly at the many Israeli flags waving above them in the early evening breeze, bright blue and gleaming white. The sun slowly dips behind the westerly mountains casting a wonderful golden glow. The band is playing ‘Jerusalem of Gold.’ I am crying.

Ceremonies can be long and boring; filled with speeches and more than enough pomp and circumstance. One might imagine that the strict discipline of the army would render a ceremony that much more rigid. I know I speak for just one ceremony, but, really, think about all the Israelis you know. The only time I imagine you will get thousands of Israelis standing at attention, silent and motionless is during the Memorial Day and Holocaust Day sirens. And then it’s only for a maximum of two minutes.

The guests are relaxed; the soldiers slightly less so. My camera is clicking away as I try to capture the excitement; the timelessness; the immense pride on every soldier’s face. Not just the soldiers, but their officers. And their families. And guests from the local kibbutz who came to show support. And the Nefesh B’Nefesh Lone Soldiers Program team who come to every. Single. Ceremony. It doesn’t get old. Not ever.

Now the soldiers do something remarkable. They are down on their knees, and a soldier stands and calls out words that are the title of a very popular Israeli folk song: “Ein li eretz acheret!”

Suddenly an officer shouts, “English!” and a soldier from America stands at attention and translates, “I have no other country!”

The officer shouts, “French!” and the line is repeated in French. Then Spanish. Russian. German. Italian. Chinese. Finnish. Ukrainian. Amharic. Kuki. Each line is received with deep applause since everyone, soldiers and guests alike, understands the commitment and sacrifice that are behind the decision of each foreign-born soldier, who was not born with the obligation to serve, rather chose it. 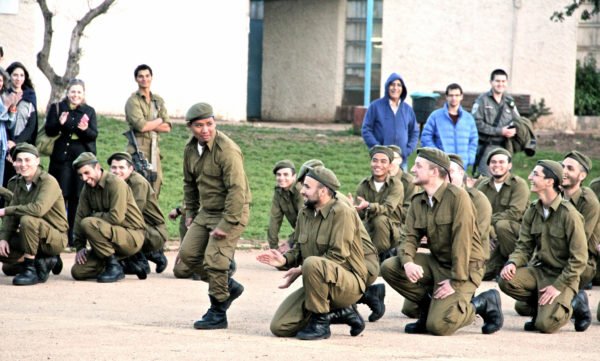 [Bnei Menashe soldier, who Shavei Israel brought on aliyah from India, just after announcing ‘I have no other country’ in Kuki; Credit: Laura Ben-David]

The officer shouts, “Arabic!” An Arab Israeli soldier stands up and calls out the translation in Arabic to thunderous applause. We think nothing can surprise us more… when the officer calls out, “Yiddish!” A bearded, young, religious soldier stands and recites his line to equally resounding applause.

Clearly the symbolism of the final two languages is planned. And serves its purpose well. Arabic and Yiddish are spoken by two rather opposite segments of Israeli society: Arabs and ultra-Orthodox Jews. While they actually are from Israel, as opposed to most of the other soldiers at the ceremony, they traditionally do not serve in the army. In that way the Arabic and Yiddish speakers there have much more in common with the rest of the soldiers then you might have thought…

You see, they, too, left their comfort zone and made a choice: they choose Israel.