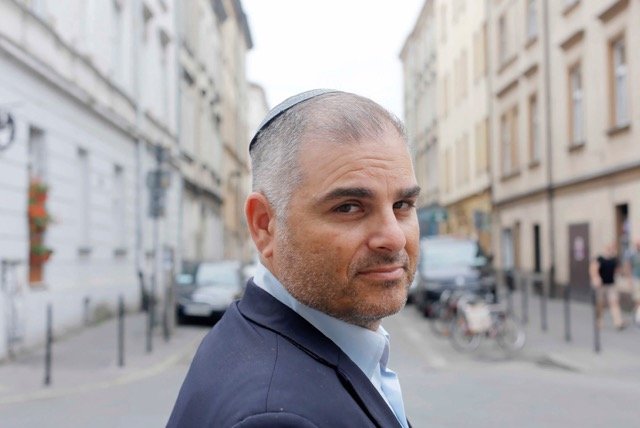 This week the world marked Yom HaShoah – Holocaust Remembrance Day. In Poland, the day has added meaning with the annual March of the Living, where thousands march from the Auschwitz to Birkenau concentration camps. Shavei Israel’s emissary to Krakow Avi Baumol describes this year’s march and memorial.

Shabbat before March of the Living is always a major event at the Jewish Community Centre of Krakow.

Hundreds of young marchers file into the JCC classrooms to learn about an additional dimension to the MOTL story which has been unfolding in the last decade: contemporary Jewish life in Krakow!

This year over 200 members of the British MOTL group led by Scott Saunders came to hear the inspiring stories of survivors who chose to remain Jewish in Poland as well as young Poles who only recently uncovered their Jewish roots and are returning to Jewish life in Krakow, a short drive from where the greatest tragedy befell the Jewish people in millennia.

We at the Centre begin each speech to the over 2000 marchers who stop by the JCC each year during March of the Living the same way: “We understand the incredibly important mission you have to come to Poland on that you are marching in memory of the millions who were murdered, God forbid, we do not want to detract from this hallowed experience; but we hope you have the mental and emotional capacity to carve out a small space in your consciousness another dimension we feel is essential in the story—the revival of Jewish life in Poland in general and in Krakow in particular.”

Yes, the primary goal of the March is to remember the past, but we must always acknowledge that we Jews do not define ourselves by death and destruction; rather by survival and our ability to overcome our adversity and continue to live, even thrive. We never forget, but we also do not let the past dictate our lives and eclipse our prospect for a Jewish future.

What a remarkable message it is then when the British contingent of MOTL comes through our doors, embraces our Jews, old and young, and tell us how inspired they are after hearing our stories of courage, heroism and perseverance. They also hear that thanks to British Jewry, led by World Jewish Relief, the JCC came into existence 9 years ago and was opened on April 29, 2008 by HRH, the Prince of Wales.

But we recognize that the complete picture of this trip is only realized by still a small percentage of the marchers. The majority are unaware that in modern day Poland it is actually getting easier and safer to be Jewish which stands in stark contrast to many other places in Europe where antisemitism is increasing. At one event I heard a rabbi get up in front of hundreds of kids and speak about how ‘the goyim still want to kill us’. I still feel the resentment some people have towards Poles, even as they are helped out by the 50 Non-Jewish Polish volunteers active in our centre.

We hope that more and more marchers take the message from the British contingent, a large group who understands the importance of a more comprehensive picture of the Jewish Polish story—a thousand years of Jewish life in Poland, a tragedy of epic proportions which almost annihilated Jewish life entirely, and the miraculous ability for the Jews of Poland to survive and rebuild their lives, not just in Israel, not just everywhere in the world, but even ‘down the road from Auschwitz’ reminding us of the power of the Jewish spirit and the continued message of hope.

Here are some more photos from The March of the Living as participants gathered in Krakow the weekend before the march itself. 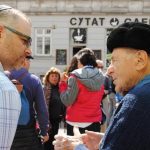 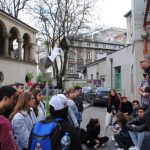 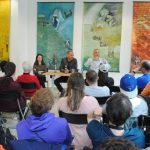 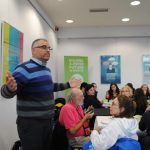 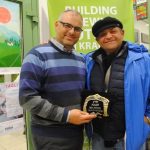 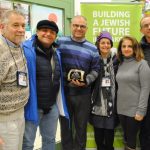 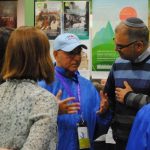