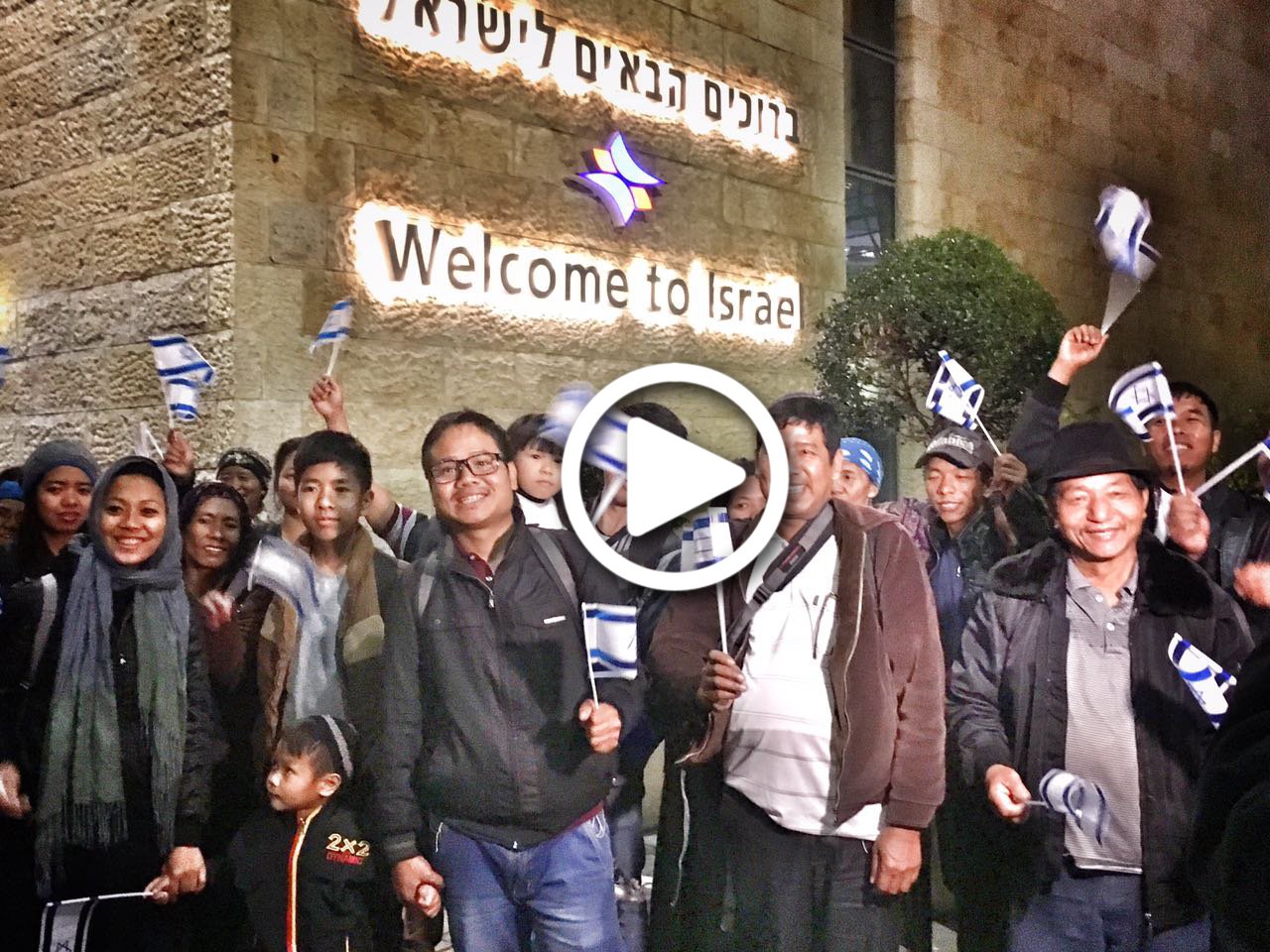 Did you want to come to Ben-Gurion Airport to greet the latest Bnei Menashe aliyah flights from India, but you couldn’t make it? Never fear – through the wonders of Facebook, we can take you there.

Facebook Live is a Facebook feature that allows live broadcasts over the social media platform. And as the 30 new immigrants stepped off the plane on Tuesday night, we were there to capture the excitement, the reunions, the singing and speeches.

Joyous singing by Bnei Menashe new arrivalsThe exhilarated Bnei Menashe have arrived in Israel after a very long journey!!! Give a like to welcome them! ??
#OperationMenashe2017

Final ceremony at the airport with the new immigrants from India including the singing of Hatikva.

The reunionsAfter waiting a long time to actualize their dream of aliyah, the first group of 30 Bnei Menashe for #OperationMenashe2017 have arrived. Take a look at the reunions when they enter the arrivals hall! So moving! ??❤️

Be a part of their aliyah: http://bit.ly/ProjectMenashe