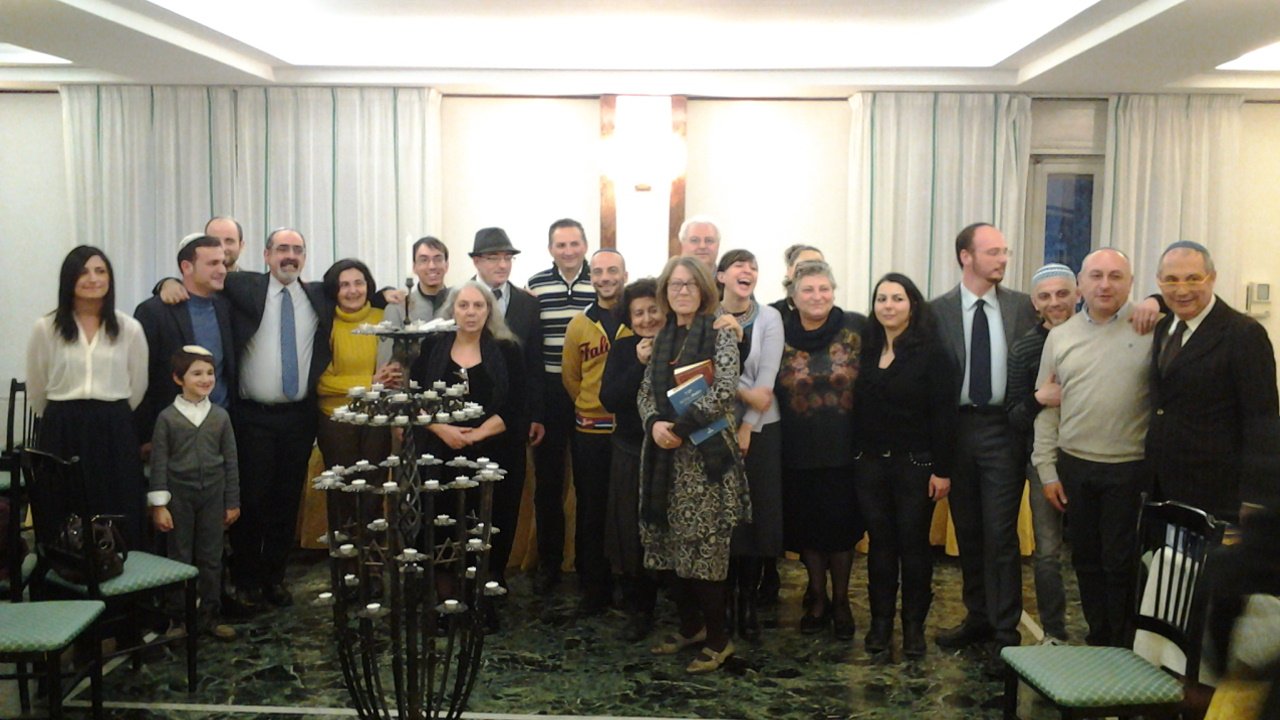 More than fifty guests from across Italy descended on Palermo, the picturesque capital of the southern island of Sicily, this past weekend for a Shabbaton organized by UCEI, the Union of Italian Jewish Communities, and Shavei Israel.

While UCEI organizes similar community Shabbatons in Italy twice a year, this was the first time it has been held in Palermo – in large part a recognition of the work that Shavei Israel and its emissary Rabbi Pinhas Punterello have been doing for the region’s Bnei Anousim since the rabbi’s appointment in 2013.

Shavei Israel’s goal in southern Italy has been to strengthen the local Bnei Anousim communities in the small towns dotting the Puglia, Campania, Sicily and Calabria regions.

Southern Italy’s Bnei Anousim are the descendants of Spanish Jews who were forced in 1492 to convert to Catholicism or flee from the Inquisition. But when the Spanish monarchs captured the region a century later, a series of further persecutions began, including more forced conversions and expulsions. The Bnei Anousim nevertheless clung to their Jewish identity, handing it down from one generation to the next. Shavei Israel has been instrumental in fueling the Bnei Anousim’s modern day resurgence in southern Italy.

The Shabbaton began on Thursday afternoon with a special seminar on the topic of tzedakah (charity) at Palermo University. The seminar featured presentations and a panel discussion with Rabbi Roberto della Roca, director of culture on the UCEI; Gadi Piperno, who also represented the UCEI; Rabbi Umberto Piperno, the Chief Rabbi of Naples; Leonardo Samona, head of the department of humanities at Palermo University; and Rabbi Punturello. Palermo University professor Luciana Pepi – one of the Bnei Anousim community’s most active members – moderated.

“It was very emotional,” Rabbi Punturello recalls. “So many people in Sicily shared that without Shavei Israel, the community we have started to build here would never have become real.”

We have a number of pictures and videos from before and after Shabbat below.

Here are some shots from the seminar. 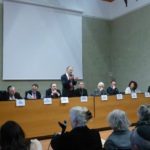 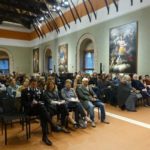 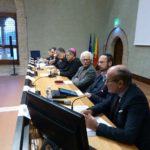 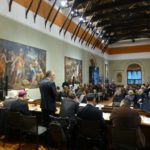 Here are some pictures of Havdalah on Saturday night. 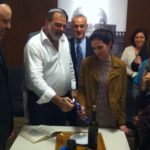 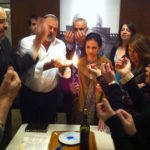 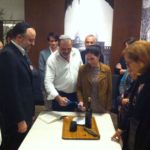 Shabbaton participants also prayed in Palermo’s infamous Steri prison, which served as the headquarters of the Inquisition from 1601-1782, and a holding cell for Jews awaiting their fate in the terrible auto-da-fe – execution by burning. Rabbi Punturello has in recent years begun holding Hanukah candle lighting ceremonies in the Steri’s dungeons.


In this video, the group sings Hatikva, the Israeli national anthem.
Here are a couple of photos from a previous Shabbaton (that’s Rabbi Punturello in the middle of the photo on the right): 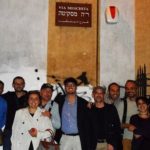 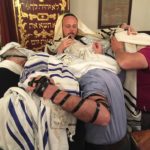