Serving Israel in a different way 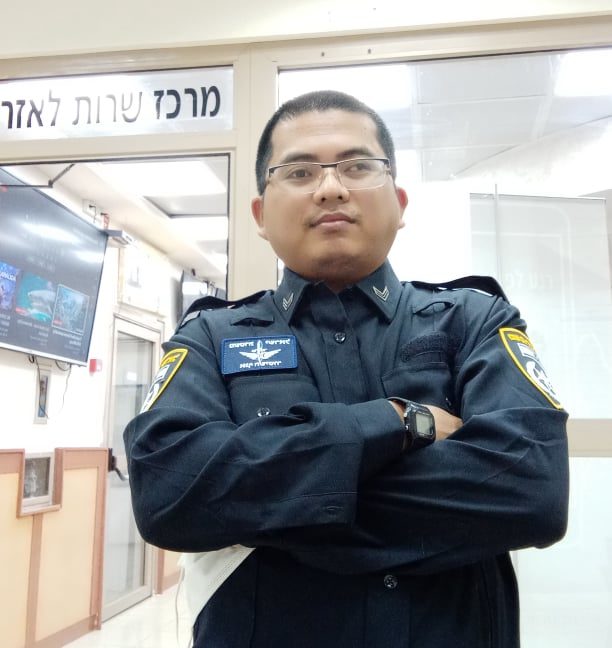 Serving Israel in a different way

When Shlomo Haokip Telngoh was seven he dreamed of making aliyah and becoming an IDF soldier. Twenty years later, when he finally made aliyah, his age and circumstances made him ineligible for the draft. Not one to give up easily, Shlomo petitioned the army three times – but each time was unsuccessful. Disappointed, Shlomo accepted it as the will of G-d and moved on. But he kept on looking for other ways to serve his nation. Until, one day, he bumped into two friends in his current hometown of Beit She’an and a new idea hatched in his mind.

His friends were both policemen on the Beit She’an police force. Having worked as a guide for the Bnei Menashe in his community, he was already very involved with the people there and had worked with those policemen organizing a program for the youth. It occurred to Shlomo that he could become a volunteer policeman and serve the community in that way.

Shlomo applied, had a couple of interviews, and was accepted! He did a course for volunteer police in the Nof Hagalil police station, and is proud to be, to his knowledge, the only Bnei Menashe police volunteer in Israel.

A father of two boys, Oded, 10, and Dvir, 2, Shlomo reports that his kids are proud that he is serving in the police. And he will live his army dream through his children as Oded is already speaking of his own desire to serve in the IDF. But as an Israeli citizen, he will be able to enter with his peers after high school and serve his country as his dad had always wanted to do.