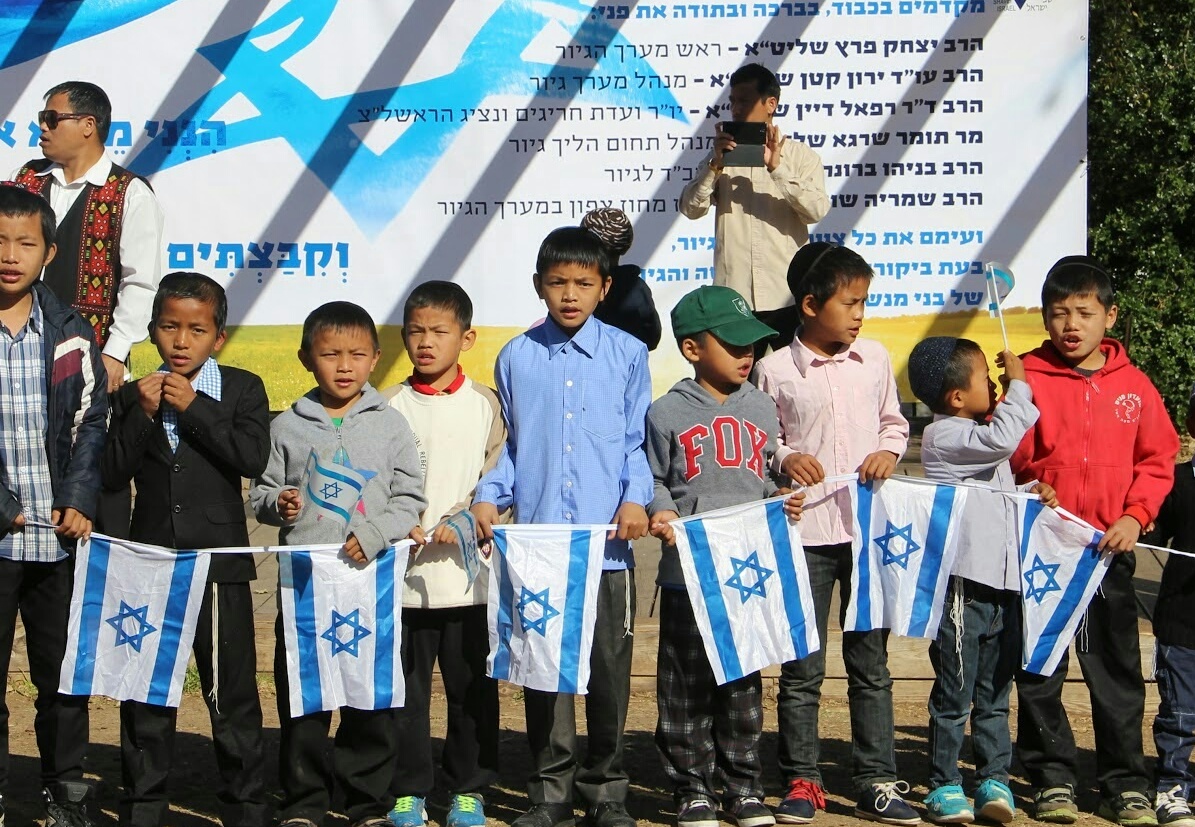 Israel celebrates its 68th birthday this evening as Yom HaZikaron – Memorial Day – transitions into Independence Day as the sun sets on the Mediterranean Sea.

This is a very special day for Shavei Israel – after all, our name literally means “Israel Returns.” So it is with great joy that we wish all of the communities we support – and all of you who help us support those communities – a happy Yom Ha’atzmaut!

Shavei Israel has been privileged over the last decade to help thousands of Jews from lost tribes and “hidden” Jewish communities return both to the Jewish people and to the modern State of Israel. We couldn’t do it without you – so help us blow out the candles on our big Zionist birthday cake by surfing some of the pages on our website where you’ll find hundreds of stories of Jews from around the world – from Portugal to Peru, India to Italy, and Siberia to Safed.

Here’s a quick update on what Shavei Israel supported communities will be doing for Memorial and Independence Days this year:

The Beit Israel Bnei Anousim community in San Salvador will also be holding special Yom Ha’atzmaut prayers in the synagogue. The community will tell historical stories and sing the Hatikva, the Israeli national anthem.

The Hotel Lancaster in Bogota will be the site of this year’s Yom Ha’atzmaut festivities in Colombia. The main event will be an “Israeli” party featuring the screening of an Israeli movie, Israeli music and Israeli food. (Can you say Bamba?)

In San Nicandro, the Bnei Anousim communities will hold special prayers for both Yom HaZikaron and Yom Ha’atzmaut.

Our emissaries Miriam and Rabbi David Szychowski have lots planned for the holiday, including a movie about the Beitar Zionist movement, a class about the wars for independence in 1948, a festive barbecue and a show with live music and “dancing with fire.” Rabbi Szychowski will then be joining Shavei Israel’s other Polish emissaries in Warsaw for a communal Yom Ha’atzmaut celebration in Poland’s capital.

The 5 Chinese Jewish women who Shavei Israel helped make aliyah earlier this year will celebrate their very first Yom Ha’atzmaut in Israel at Midreshet Nishmat – the Jeanie Schottenstein Center for Advanced Torah Study for Women – in Jerusalem, where they are currently studying. Together with their classmates, they will participate in a number of ceremonies, prayer services and flag processions.

Yom Ha’atzmaut is always celebrated with great gusto in the Indian states of Manipur and Mizoram and this year will be no different. 800 people are expected for Yom Ha’atzmaut festivities in Manipur in three different locations, which will include food, song and dancing. In Mizoram, the community will raise the Israeli national flag, sing Hatikva, and put on something called a “bamboo dance.” We’re not sure exactly what that is either – we’ll post pictures next week.

For the Bnei Menashe who have made aliyah and are now in Israel, there are different activities in each location. The Bnei Menashe of Tiberias are taking a tiyul to Haifa where they will visit the “Clandestine Immigration Museum.” The Israeli Absorption Ministry is providing bus transportation to Israel’s newest (and thankfully no longer clandestine) immigrants.

Meanwhile, in Erode, India, the Zion Torah Center community is pulling out all the stops to celebrate Yom Ha’atzmaut, including a memorial torch (to mark the transition from Yom HaZikaron), a live musical show, a flag dance, a film on Israel’s history and – without which any celebration in India would not be complete – fireworks!