Students at Jagiellonia University in Krakow received a special lecture on Jewish Law from Shavei Israel’s emissary to the city. Rabbi Avi Baumol gave the audience of mostly non-Jewish Polish students a primer on Jewish courts, what type of law is in the Torah, and what’s more important – the laws of God or the laws of man.

The location of the lecture was particularly meaningful: prior to World War II, 31 percent of the students at Jagiellonia University was Jewish. It was the first time that Rabbi Baumol has spoken at the university.

The professor for the course, which took place in the Jagiellonia law school, was Franciszek Longchamps de Berier, a catholic priest, Polish lawyer and specialist in Roman law. De Berier was impressed by Rabbi Baumol’s talk and invited Shavei Israel’s emissary to give a similar lecture at an international conference to be organized by the university’s law school next year.

Rabbi Baumol also became a visiting lecture at the Institute of Judaic Studies in Krakow.

Sylvia Sosin made the connection between the university and Rabbi Baumol. Sosin is a law student and president of the law club at the school. More importantly for Rabbi Baumol, she is also a volunteer at the Krakow JCC, where she attends the rabbi’s Torah classes.

We have some pictures from Rabbi Baumol’s appearance below. 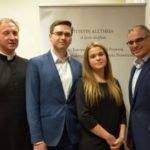 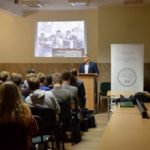 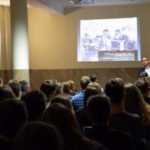 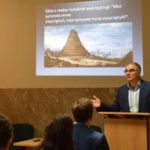 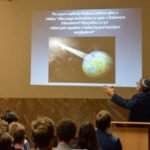