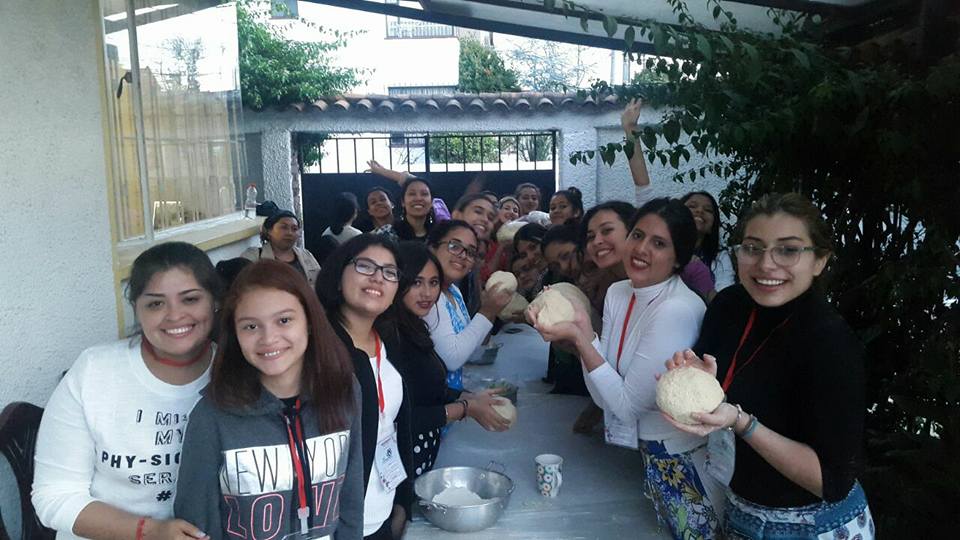 Sarah H. is from USA. She’ll be starting her studies at Columbia University in just a few weeks. Aria Smordin is from Vancouver, Canada. She will be joining the Israel Defense Forces later this fall.

But for two weeks this past July, Sarah and Aria were far from home, as they led a seminar for 37 young women in Bogota, Colombia on behalf of Shavei Israel.

Neither had been to South America before, but after hearing Shavei Israel Chairman Michael Freund speak on the organization’s activities around the world, they volunteered for the adventure of a lifetime.

“We had both been to different countries in Europe, Mexico and Canada,” Sarah tells us. “And in each, we got to know a little about the Jewish communities there. When we read about the incredible history of the community in Colombia, overcoming forced conversion and persecution and still holding on to their Jewish identity, we were excited to work with them to help strengthen that identity.”

Sarah and Aria were hosted by the Rodriguez family, one of the pillars of Colombia’s Beit Hillel in Bogota. Together with Rabbi Shimon Yehoshua, Shavei Israel’s emissary to Colombia, they planned the seminar around four themes: Zionism, leadership, modesty and Jewish women.

The participants were divided by age group – one for 13 to 15-year-olds and the other for young women from ages 16 to 22. All activities took place at the Beit Hillel center. In addition to Colombia, several girls made the trek to Bogota from Ecuador, Mexico and Venezuela.

Among the camp-style activities Sarah and Aria planned: a visit to a senior center in Bogota, a theater presentation, challah baking and a communal Shabbat together.

Several guest speakers presented, as well: Colombian Chief Rabbi Alfredo Goldshmidt; Jack Goldstein, a long-time supporter of the Beit Hillel community who spoke about the diversity of Judaism; and a Bogota Jewish community member who specializes in Holocaust studies.

The whole event was all the more remarkable given that Sarah and Aria didn’t speak any Spanish before they arrived.

But that didn’t stop this dynamic duo. “We were both very involved in our Jewish communities back home,” Sarah says. “We had significant experience working in Jewish camps and youth movements, creating programming that accommodated a diverse group of teens.”

It wasn’t entirely for the Colombia community. Aria says she’s that “being able to help lead programs and discussions with the Jewish girls in Colombia will definitely serve to enhance our own religious identities and allow us to put what we have learned into practice.”

Sarah and Aria met at the beginning of the last school year while studying at Jerusalem’s Nishmat: The Jeanie Schottenstein Center for Advanced Torah Study for Women. The initial inspiration came not from Colombia but from China: At the Nishmat seminary are six women whom Shavei Israel has helped make aliyah from Kaifeng, China.

Michael Freund visited Nishmat last year to describe how Shavei Israel helps Jewish communities around the world, and the Chinese women “gave an incredibly eye-opening presentation in Hebrew to the entire seminary,” Aria recalls. “They explained the struggles their community has gone through over the past hundreds of years, and the current challenges they face in terms of passing on knowledge of traditions to keep their community going. They explained that Shavei Israel had brought them to Israel with the purpose of giving them the opportunity to bring back Jewish knowledge.”

The doors to China have been closed in recent months for Shavei Israel activities in Kaifeng. But Colombia was waiting with open arms. A trip quickly took shape.

Sarah and Aria’s biggest regret: the trip was too short, they say. Nevertheless, technology helps them keep in touch with their new South American friends. They formed a WhatsApp group and even put together a small conference with three women from Colombia at Midreshet Lindenbaum, another Jerusalem seminary for women.

“We made some very personal connections and I hope imparted a sense of love and commitment for Judaism to the participants,” Sarah says.

As they take their next steps into the Jewish world – whether at the “other” Colombia (Columbia University, where Sarah will be studying), or in the army where Aria will spend the next two years – they will never forget their Shavei Israel-inspired summer.

And how could they – with so many great pictures. We have a selection below. 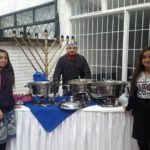 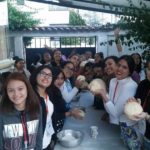 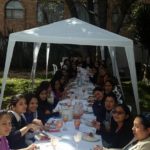 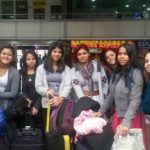 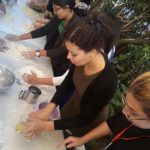 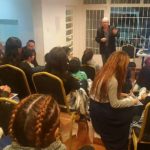 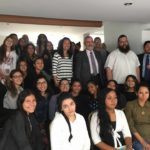 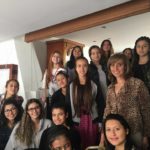 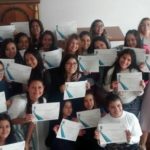 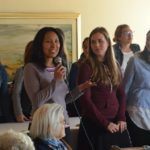 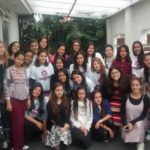 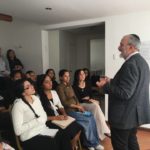 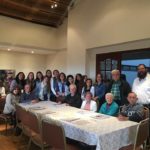 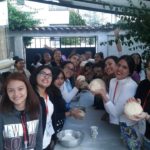 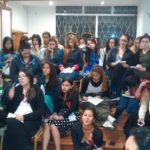