Why do the Chinese admire the Jews? 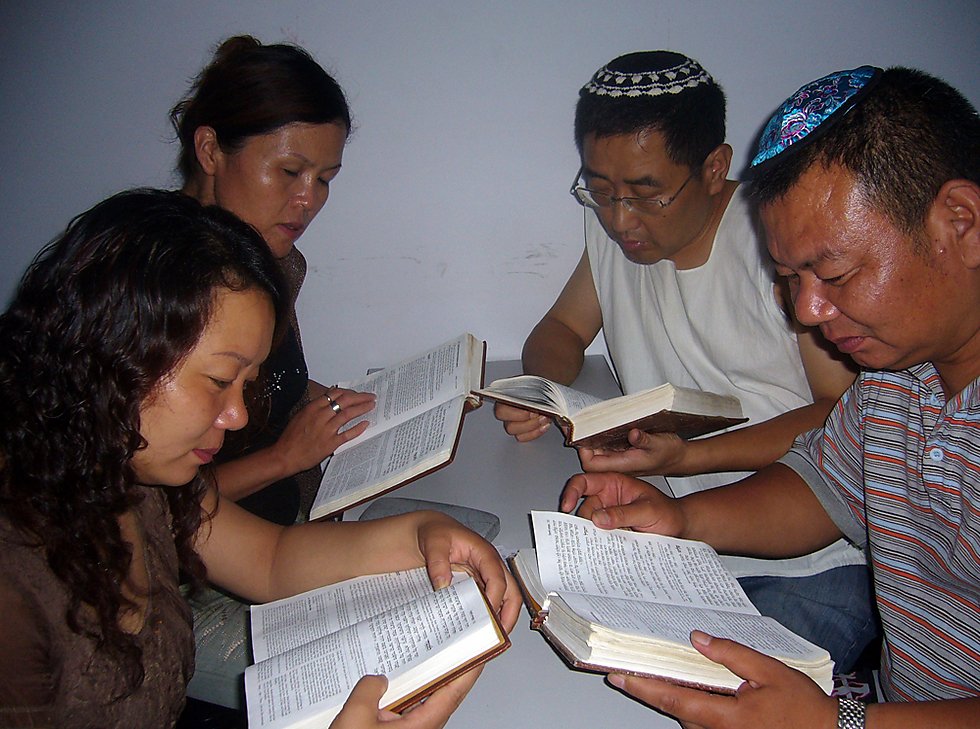 Why do the Chinese admire the Jews?

Posted at h in Kaifeng Jews by
0 Likes
Share

“When Chinese hear that you are Jewish or from the State of Israel, their spontaneity is to treat you with great wisdom.” Dr. Yoram Evron, a lecturer in the Department of Asian Studies at the University of Haifa, has been researching Chinese society for 25 years.

“The fact that the Chinese accuse the Jews and Israelis of great wisdom also creates amusing incidents. During my visits to China, I saw, for example, an intelligent person who expressed an opinion during the discussion, and the Chinese interlocutors were quick to ask him whether he was Jewish or Israeli.” Dr. Evron says that the play was repeated even when it was from people with no background in gefilte fish.

The Chinese admiration for the Jewish people is not insignificant, given the fact that the Chinese are often dismissive of the West.

“Chinese culture sees itself as a superior culture,” explains Dr. Evron, “because of their size and importance in Asia, and because of their ancient history. The fact that many nations and nations in Asia imitated them and recognized their supremacy increased these feelings. But the Chinese have great appreciation for both the Jews and Israel – and it is important to know the difference, because many Israelis are confused and mix between Judaism and Israeliness, and the admiration for Jews stems from the fact that Jews, like the Chinese, have ancient history and culture.

The chosen people are us – and they are

But not only Einstein: A Jew who is admired by the Chinese, for example, is Karl Marx, one of the most important communist thinkers, who wrote the Communist Manifesto in 1848. China is known as a Communist state, and this is of great significance to them.

“The peoples of Asia, especially the Chinese, saw themselves as superior, and other peoples were measured according to their level of culture and closeness to China, while Westerners were considered to have a low cultural level and were perceived as ‘barbarians.’

“The Jews, on the other hand, are not included in this group, because they too were persecuted by the Westerners, and the Chinese see themselves as subject to Western semi-colonialism, and the Jews succeeded in overcoming Western colonialism and establishing a state.”

Except for the small community of Kaifeng Jews in China, which began more than a thousand years ago, and over the years assimilated, Jews did not live in China, except in isolated cases. Dr. Evron is convinced that the small number of Jews has led to the fact that in Asia in general and in China in particular, there was no anti-Semitism.

“In all Asia, contact with the Jews was limited, and there was no acquaintance with monotheistic religions, but the truth that really prevented anti-Semitism was the absence of Christianity.”

Still, a few words about the ancient Jewish community of China, whose descendants begin to return to their roots: At the beginning of the 12th century Kaifeng was the capital of the northern Song Dynasty. Its location and importance attracted Jewish merchants who settled and established a magnificent community there.

The Kaifeng community excelled in the continuity of Jewish existence for approximately 800 years, and was the only one in China that left a record of its history, mainly on four stone inscriptions placed in the synagogue and elsewhere.

Rabbi Hanoch Avitzedek, education director of the Shavei Israel organization, who works with the Chinese Jews, told Ynet that the inscription on a stone monument dating back to 1489 indicates that the “Heichal HaTamar HaTorah” synagogue was built in 1163. The building was destroyed several times until its final destruction In 1860, when the Yellow River rose on its banks and destroyed it completely. The destruction of the synagogue was tangible evidence of the spiritual destruction and assimilation of the community at the time.

Rescuers of Jews in Shanghai

The Jewish community in China was actually formed in three waves of immigration: the first in 1840, of Sephardi Jews with British citizenship, who came to Hong Kong and Shanghai. The second wave was of Ashkenazi Jews from Eastern Europe, mainly from Russia, who had to flee in the wake of riots and lived mainly in Harbin.

The third wave of Jews who arrived in China makes the Chinese very proud: in 1933-1941 more than 30,000 Jews who fled Europe because of the Nazi occupation came to Shanghai. In fact, in Shanghai more Jewish refugees were absorbed than Canada, Australia, India, South Africa and New Zealand combined. For example, Dr. Ha Fengshan, who served as the consul general of China in Vienna, the capital of Austria, issued visas to China for more than 3,000 Jews, who were saved from certain death.

“The Chinese government uses this to create moral content in the relations between the two countries, and to create a feeling that the relationship is not only about self-interest and utilitarian,” says Dr. Evron.

In other words, there were Jews who found refuge in China during the Second World War, but the person who gave the shelter was not the Communist regime, because it did not yet exist.

The absence of anti-Semitism and the admiration of Jewish wisdom are not yet a guarantee of good relations over time: “It is important that relations between the two countries be based on interests,” Evron explains. “If there are no interests, then the entire historical past will not serve as a substitute for interests, but it is also good to consolidate it with common historical roots. If there are no roots, it is always possible to find points in history and thicken them,” he says with a smile.

This article by Yitzhak Tessler was originally published in Hebrew on Ynet. This version is a lightly-edited English translation.